Computerbank is an independent not for profit organisation based in Melbourne. We started recycling and refurbishing computers in 1998. Our low cost computers are refurbished by skilled volunteers for Australian Concession Card holders and other eligible customers.

We install Linux on all our computers with useful software that suits most people, not only is Linux software free but it is a genuine alternative to the propriety software Microsoft Windows.

What do we do?

Computerbank receives donated computers, laptops and tablets and refurbishes them with quality free software. Computers are donated to us by businesses, education institutions, not for profits and individuals. Our computers are offered to disadvantaged individuals and community groups.

Equipment that is older,  broken or has reached the end of its useful life does not end up in landfill. The metals are sent to scrap recyclers here in Melbourne or sometimes sold through our Ebay page. Computerbank will not allow our obsolete equipment to be sent to unsafe dismantling plants in third world countries.

Organisations we have helped
Some of the community groups to receive computers and networks from Computerbank include:

We have shown more than 500 unemployed open source software, hardware, and recycling via our  Work for the Dole Program. In addition to Work for the Dole volunteers another 175 people have helped out at Computerbank.

We have recycled more than 30,000 broken and non-usable items through the introduction of effective e-waste recycling techniques.

Our Supporters
Computerbank thanks the following supporters:

Computerbank Victoria appreciates the generous donations of IT equipment from the following supporters:

Thanks also to the many individuals and families supporters who donate equipment to us.
If you are a supporter and think you should be on this page, please email us so we can add your listing.
Computerbank Committee
Computerbank is overseen by a committee of volunteers. You can find out more here: Computerbank Vic Inc | ACNC | Responsible People 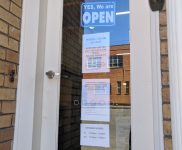 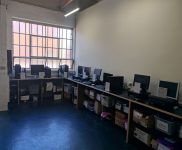 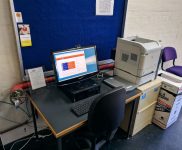 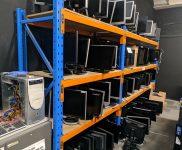 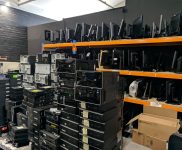 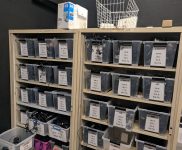 We are closed temporarily